When people say the word “no strings attached” – what do they exactly mean?

Today I’ll dive into the segment of dating that you all can hopefully learn from. 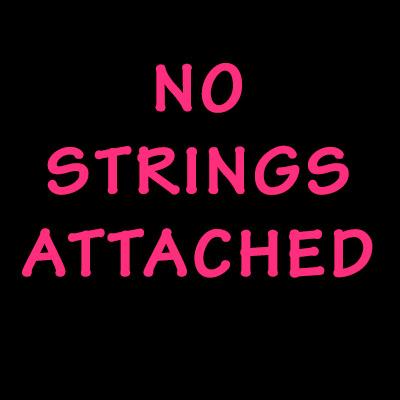 What is NSA Dating?

Dating without “strings attached” is simply dating without a firm title.  No “girlfriend” or “boyfriend” moniker that people always get all up in arms about.

Most people go on dates to get to that proverbial next level.  Whether that means moving towards having a steady significant other, or even further down the line – marriage – there is an end goal behind going on so many dates and spending time with someone.  No strings attached dating is quite the opposite – it’s dating without expectations, titles, or a future motive.

I’ve dated many women without strings attached.  Sure, there have been times when I’ve fallen for a woman and wanted more, but let’s face it, we all go through different phases in our lives and have to sort things out eventually, and sometimes, a future just isn’t in the cards.  Casual dating without any expectations allows people who trust each other (I would hope) to go on dates, spend time with one another, and not have that stigma of “oh are you going to get married?”

For some people, it’s because that next step is just too much of a commitment..  As a man who loves his freedom, that’s usually my reasoning behind dating without strings attached – I simply enjoy roaming God’s green Earth in search of fun at all times. I don’t want to answer my phone and have someone yelling at me to come home.  I don’t want to come home to an upset wife because I had a few too many beers with the boys.  And I sure as heck don’t want to go to plays, change diapers, or visit in-laws.  But that’s just me, your mileage may vary.  Some day I may just change all of this and have an entirely new attitude.

Living in Miami Beach, it’s easy to find women.  The hospitality industry is ripe for the pickings.  Any bartender on South Beach is extremely easy on the eyes, and better yet, approachable.  If you can’t go and spit game to a bartender who you are spending money with (and over tipping), you shouldn’t be in the game.  To me, this is child’s play.

However, I do understand that many of you may live in rural parts of Middle America, and that’s just fine.  While there aren’t places like the ones I frequent featuring bikini clad women making drinks for you, you can use a few hacks Brennan and I have unveiled that has allowed us to really game the system and meet women who are down for no strings attached casual encounters.

Where to Meet People for Casual Dating Without Strings Attached?

Here’s my hack list of adult dating sites I’ve tried and exposed.  When I say “exposed,” I mean that I’ve gone on them and used my magic to meet women who I’ve met up with for dates that led to casual encounters.  That’s right, no strings attached.