Let me tell you a little bit about us and our site, starting with some personal stuff first. Check out the picture below of Tom and I. Tom is on the left and I’m the other guy on the right. The two of us have had some pretty fucking wild times down here in Miami Beach. You name it, we’ve done it. The pic below is a bit dated (two years) but it does the job. 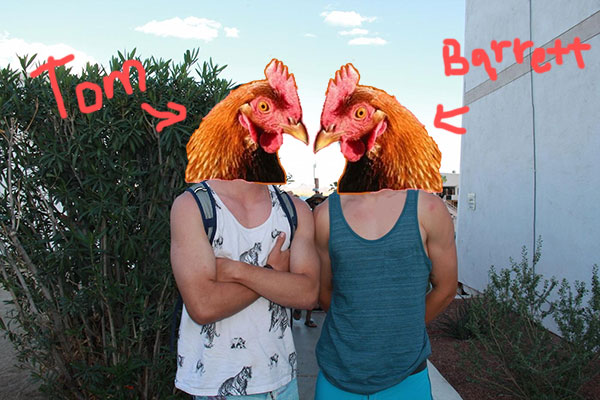 I’ll hold nothing back and give you some insight as to why we like to think we know our stuff when it comes to hooking up girl local girls.

Let me start by sharing some info on Tom and I and how we became friends. We met in Miami about four years ago at a “Rehab” pool party one Sunday. We both were young at the time and even though we were young bucks, we made enough money to party like rockstars. I’m talking bottle service at the hottest beach party spot in South Beach at the time. It was fun, but time went on, we grew up a little and the place was no longer the hot spot.

After partying for about a year together we were both looking for a new place to move into. We came to the conclusion that our money would go much further if we pooled it and became roommates. The rest is all laid out on the homepage of our website. Using local sex sites was nothing but a game that we were playing. That is until we started seeing how fucking easy it was to get laid. It soon became a lot of fun and we were bringing girls back to our luxury apartment right out the beach every night.

Our friends started asking questions about all of it. We got so sick and tired of sharing the info with them that we decided to save time and just created this site instead. The rest is history. To this day, we keep this site as current and up-to-date as possible. We also continue to join dating sites to see how effective they are at helping us fuck girls. Now, if you want to learn a little bit about each of us, read below.

Tom moved to Miami about four and a half years ago after graduating college. He went to school in NYC and got into the stock market. He took big risks and ended up making some serious coin. Well, enough to keep making money doing some day trading for himself. He likes gambling, drinking, hitting the club scene and meeting girls that visit the beach. His favorite time of the year is Spring Break (so he can score that college snatch).

Since I’m writing this page I’ll share a little info about me in the first person. I’m from Connecticut and no I didn’t grow up as a spoiled rich kid (common state misconception). I ended up moving to Miami a month before I met Tom. After graduating from UCONN I moved to the beach after securing for a pharmaceutical company as a local sales rep. I ended up meeting a ton of women in the industry, was great at selling and made a very decent amount of money.

You guessed it, I on a tear the first few months on South Beach and scored my way through the entire gym. I started going to the clubs looking for a good time. I partied as hard as I could. When I’m not partying, I work like a dog. Simple as that. I’m an all business, no bullshit kinda guy. As far as girls are concerned, I prefer the milfs over the young college girls (less drama). But don’t get confused. I’ll hit just about anything that smiles at me.