While you may know that laying around in bed with some champagne and chocolate and strawberries will certainly put you in the mood, there are a ton of foods that can be a natural aphrodisiac. Here is a brief list of some of the foods to prime your pump and make for an unforgettable night with your loved one. 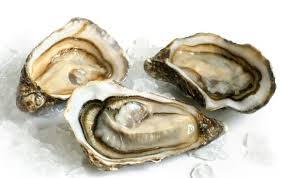 Oysters have been a known aphrodisiac since ancient times. It has been said that the great Casanova himself in the 18th century would eat 50 of these every day for breakfast to keep his sex drive high. This is because they have high levels of zinc and proteins that increase the level of testosterone, as well as high concentration of dopamine, which have an effect on the arousal center of the brain. So next time you’re on a weekend getaway as a couple, make sure these are on the menu and fun times await later in the night. 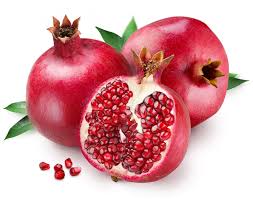 Did you know that pomegranate is the symbol for the Greek Goddess of Love, Aphrodite? In mythology it is said that she was the planter of the first pomegranate tree, and for good reason when it comes to horniness. Eating this fruit increases the level of nitric oxide in the body, which leads to a higher level of blood flow – especially to the nether regions if y0u get my drift. This increase flow to the sexual organs brings you harder erections and longer arousal, which benefits all parties involved.

There’s nothing like chocolate for a romantic time. A lot of it has to do with the giving of the gift of a  fancy box of chocolate to surprise your loved one, but there’s also chemical reasons as well that it makes you horny. It has been used by ancient tribes in fertility rituals, believing that it increased the chances of conception. It is even said that Montezuma used to consume large amounts of cocoa to get himself in the mood. Chocolate has chemicals in it that naturally make the body feel good and relaxed and get you ready for a loving time. After all that time you and your girl from the gym have worked out, you’ve earned youself some chocolate anyway. 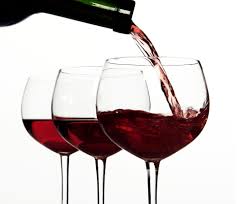 Because of the ethanol in red wine, even just a few sips can help put you in the mood. Consumption of this chemical acts as a trigger to the hypothalamus which helps to boost many body functions such as hormones, temperature and love, which increases your sexual desires. But be careful to not consume too much, because after a certain point alcohol can have a diminishing effect on sexual performance. Who here hasn’t had a case of “whiskey dick”?

This may be the most bland option on this list, but eating oatmeal can do wonders for your sex drive. That’s because it contains the chemical L-arginine which helps boost testosterone. It is also high in Vitamin B which can help boost circulation into the body’s organs, including the most important ones when it comes to sexual performance. It has also been shown in studies to help prevent erectile dysfunction in men.