It’s one of those things that some people can just sniff out. I’m talking about being able to tell if someone had sex last night. If you are like millions of other singles who down a few drinks during their quest for a casual hookup, then you have probably had woke up unsure if you had sex last night.

Luckily, there are some pretty clear signals that will let you know if you had sex or not. Men and women show it in different ways, but some of the signs are the same. Here are the most popular signs you had sex. I’ve broken it down for both men and women. Here’s what you need to look out for.

Signs That A Man Had Sex Last Night

His clothes are gone and he finds them in a line from the front door to the bed.

His apartment is a mess and he swears it was spotless the night before. 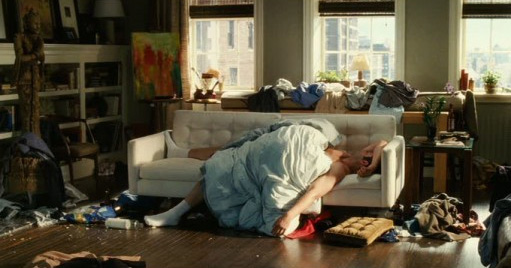 The smell of sex is in his hands and probably his mustache or beard.

His back, inner thighs, and probably his penis are sore.

The sheets are damp from sweat with a strange smell.

He sees a note on the nightstand next to the bed.

There’s a random rubber wrapper on the floor.

His hair is even more out of control than usual. If the guy looks like he stuck his hand in an electric socket, then he either got wasted last night, got laid, or both.

There are scratch marks on his back and chest. No, I’m not talking about the typical marks that the squat bar leaves.

He finds empty condom wrappers in his bed. Hey, at least rubbers were involved in the situation! Yay, no babies on the way!

He finds long hairs in his private areas. Finding12-inch hairs in the pubic area are no longer a mystery, LOL.

He smells like women’s perfume. It either smells like sweet success or pure failure if you’re ashamed of what you did.

There is lipstick all over his face.

He can’t stop smiling. Yes, I’m talking about before downing those anti-depressant pills.

That’s what I’ve got in terms of signs to look for if you think a guy or if you’re a dude that got laid. Next up, signs that she had sex.