So you’ve been putting in the time at the gym, maybe you’ve even met a girl at spin class, and you look good and have a woman in your life now. Just as important it is to look good, you gotta smell good too. Smell can stimulate sex drive, just like food can make you horny. It’s true, if you smell good you are more desirable to the opposite sex. Outside of personal hygiene and wearing some deodorant, you can make yourself smell great with a good cologne. What better source to go to than polling women for their favorite cologne on men? Here’s a list of what you should rush out and buy immediately.

Top Colognes for Men According to Women 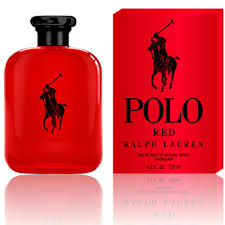 This is frequently named by women as the top cologne or men when we consulted a number of social media sites to get their answers. Not only is it appealing to women, but many men have independently chosen this as one of their favorites as well. It’s hard to write an article about cologne because you can’t convey smell over a keyboard, but this still smells great. She loves it, you love it, there’s no reason why you shouldn’t be wearing it. If you find her getting closer to you, a sign she’s really into you, maybe it’s just because you’re wearing this!

Want to smell like a million bucks? Then why not wear a cologne named just that? This is by far one of the most talked about colognes on the internet, with many women going crazy over this scent, talking about how much they love this fragrance on their men. The women can’t be wrong. A little hint – if a girl loves this smell on you, wear it! It has a nice spicy scent and is perfect when the weather gets a little bit cooler. Our only fear is that this cologne may become too mainstream with all the chatter about it, so pick it up now before it becomes too popular!

Just by the name Gucci you know you’re getting a top quality product. Where they have excelled in other areas of the fashion and beauty industry, that is extended in their fragrance line as women are fawning over the Guilty by Gucci line of cologne. This will inarguably be one of the most worn colognes by men these days, as all the ladies can’t stop talking about this. You’ll find it in many mainstream magazines with the fold-out sample and this smell is driving women crazy! 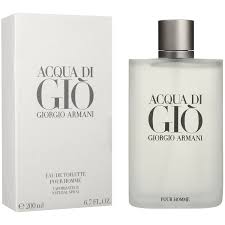 This is an absolute classic. I think this is the first cologne I ever bought and I’ve had a bottle of it in my bathroom cabinet ever since. You cannot go wrong with picking up some Acqua Di Gio, it’s such a timeless cologne and the women absolutely love smelling it just as much as the man loves wearing it. It’s by far the most popular cologne for men, so you won’t be the only one wearing it, but so many “yes” votes can’t be wrong!

Going a little more mainstream and widely-known on this one, but Tommy by Tommy Hilfiger is a choice you can’t go wrong with. There’s a reason why it’s been among the top sellers for years, as women love this neutral scent that isn’t too overpowering while still smelling great.