Not going to lie, I’m into meeting any lonely wife looking to hookup. I’ll kick things off with that statement so you know that I’m all about the older women. Trust me, having a fling or two or three with some mature ladies is the bee’s knees! Anyway, let me get to the main reason I’m writing today, LonelyWifeHookup.com.

You know, online dating is the preferred method for millions of people to find a date and there are many niches. A popular niche is sites that help you cheat on your significant other. One of the websites that try to capitalize on the popularity of the cheating trend is LonelyWifeHookup.com.

Like many affairs date apps and sites, this one has a layout and functionality similar to a social media site. I saw a major problem with this site as soon as I arrived and I thought I would share my findings. Seriously, I could tell it was a complete false promise the second I landed on it. Why? Well, it looked and functioned exactly like some other sites I had tried and those ended up being fraudulent as well. So, I investigated things anyway and found a lot of evidence to prove my hypothesis correct. Read my review below, I’m here to tell you exactly why this site is not worth the code it’s built with. 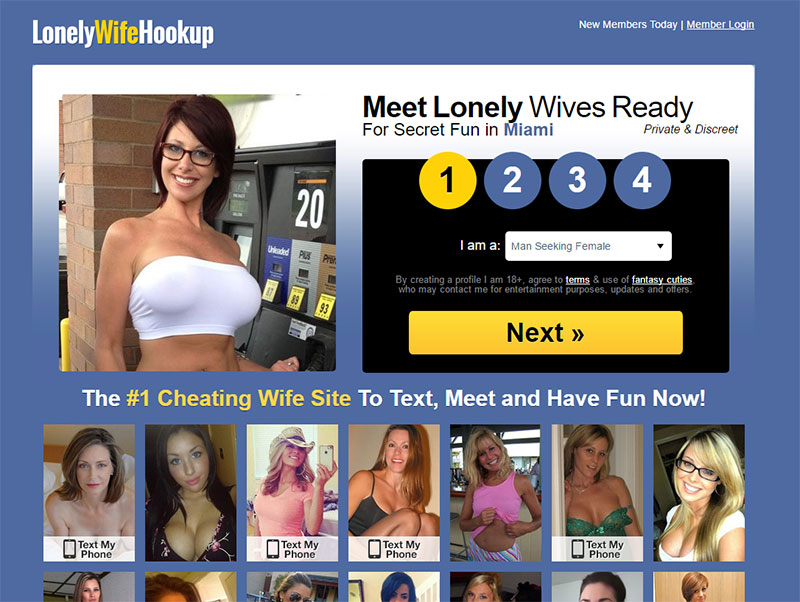 My LonelyWifeHookup Experiment (That Went All Wrong!)

I still had not uploaded a photo and I had 9 messages in my inbox, 10 Quickie matches, and continued getting chat requests while I was browsing. Why would beautiful women be so desperate that they repeatedly contact a guy who didn’t even post a picture or add any information to his profile? It’s because they are all fake.

The Quickie is a neat feature and they had it on the other site I tried as well, but it’s just as fake as the rest of it. It’s supposedly a scientific matchmaking service. By the way, they describe this as a “matching making service”. It functions like Tinder where you are shown a series of profile pictures and you click either yes or no. Too bad every profile that popped up was fake and I can prove it.

They try to tell you that they create these profiles and send you messages to enhance your companionship and entertainment experience. Don’t fall for this. Any time you see the term Fantasy Cuties or Online Cupids, you are dealing with a bogus site. A legit site doesn’t need to create fake profiles to fool you. It’s just an excuse to fill the site with them to make it appear as if they have a large database of members.

Not only did I find all the evidence I needed to prove that LonelyWifeHookup.com was a fraud; I didn’t find any evidence to suggest that any of their profiles were legit at all. This is one of many sites on a large network that is set up to take your money and nothing more. If you come here looking for a hookup, you are going to be sorely disappointed because the only correspondence you will have will be with the Fantasy Cuties. Please don’t fall for such an obvious con.